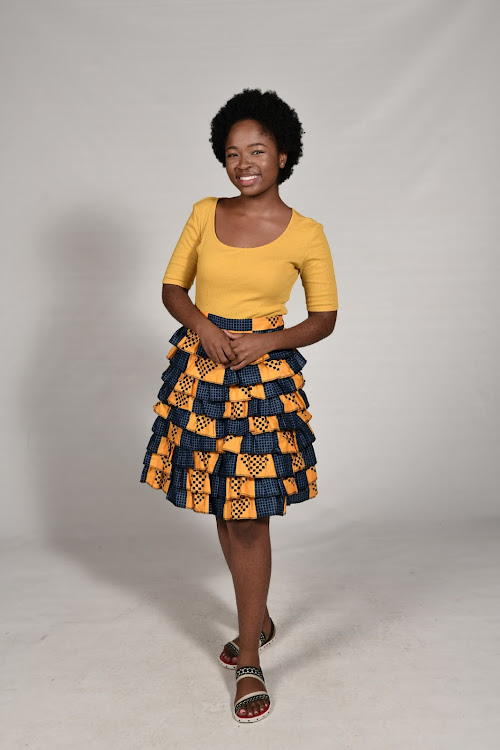 Rising TV star Thuthuka Mthembu says when she landed her new role in eHostela she was looking for something interesting to inspire her.

Mthembu, 22, who has been portraying the role of Nonka in Uzalo on SABC1 for three years, says the character came at the right time. Born and bred in Johannesburg, Mthembu appears in the second season of eHostela as Sthandwa. After her impressive portrayal of Nonka in 2018, she says it has been an amazing learning journey for her.

Sthandwa was introduced to the viewers as she arrives in Johannesburg searching for her mother and landing right at the hostel where inkabi (assassins), prostitutes and church pastors breathe the same air. Tsotsis waste no time in welcoming her to the city by snatching her phone.

The talented young actor spoke to SowetanLIVE  about the complexities and rollercoaster  challenges of the character.

Sthandwa’s character adds an interesting twist to the storyline. What can viewers expect from it?

For Sthandwa, the story gets a lot deeper and complicated as it continues. Her story is a very interesting that you don’t want to miss it and you want to keep up with it. She is an innocent and pure village girl. She has never been exposed to city environment, let alone hostel.  She has a dark deep secret that she is keeping that people she interacts with and the viewers will get to find out. This secret will add more into the intensity of the story and the nature of it. But her drama does not stop there and will go on until the end.

She is very strong and what brings her into hostel is rooted and embedded in courage and strength to free herself from a situation back home. She is determined to find her mother and make it work in Johannesburg at all cost.  She has heard about Johannesburg when people talk but it is totally a different thing now that she is experiencing it.

What can viewers learn from Sthandwa’s challenges?

Unfortunately, Sthandwa’s story is a reality and there are people experiencing that. Sthandwa came to Johannesburg escaping a tradition that is being practised in the village that is still very prominent. What viewers can learn is that we might be in 2021, but such practices are still happening and it is a reality.

There is perception that hostels are dangerous. Is the show reflecting what is really happening in  hostels?

Unfortunately, I did not grow up in a hostel environment and it is my first time being at a hostel since I am acting. From what I have seen, there is a lot of men living here more than women. I am familiar with some of the traditions they practise since I’m Zulu. What is portrayed in the show is fictional but some of the things do happen in real life. The  story is inspired by things that do happen at hostels but it is not based on a true story.

This is the second big character in your TV career after Nonka in Uzalo. Have you grown as an actor?

Nonka was my first character as an actress and first in the industry.  I’m loving portraying her.  Portraying Nonka in the past three years has taught me a lot.  It definitely challenged me and opened my eyes. It showed me how far I can go as far as acting is concerned.  Nonka shows me what I am capable of as an actress. When it comes to growth, I have definitely grown and those who have been following my  journey can see that there is growth.

I have studied acting, writing and directing and this year I would like to produce content under my company. I can never focus on acting alone. This is the year of exploring for me.