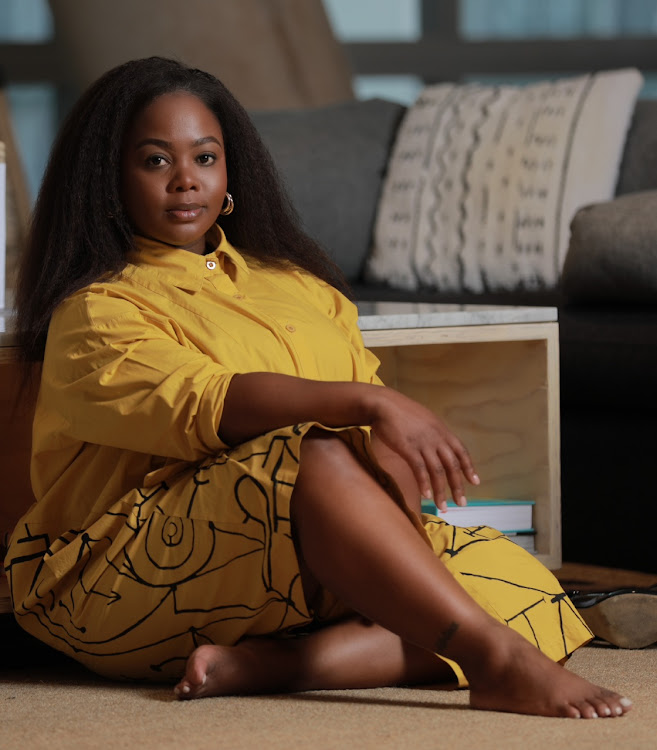 TV actor and casting director Nolwazi Ngubeni (née Shange) has just made the best comeback to acting with a powerful lead role in the hard-hitting drama series Mzali Wami on Mzansi Magic.

Mzali Wami has shaken Mzansi to the core with its intriguing storyline of child abduction. Ngubeni, who portrays the role of the mastermind Sibongile Dlomo, speaks about her new role, balancing the demanding career with being a mother and her career in general.

After taking a six-year break to focus on her full-time job as a business developer for a global company in Johannesburg, and working behind the scenes as a production co-ordinator and casting director, Ngubeni is excited to be back in front of the camera.

Ngubeni, who is married to TV actor Mzwandile Ngubeni, scored the dream job two years ago and gave herself time to settle in before returning to acting. As a casting director she worked with shows Nothing For Mahala, The Chemo Club, Farewell Ella Bella, MTV Shuga, AboMama, Umlilo and the multi-award winning soap opera Rhythm City.

At the time when she got the role, Ngubeni, who turns 37 on January 19, was beginning to feel that something was missing in her life.

“I can say God and my ancestors really pulled through for me here. I got the call that I got the role in Umzali Wam on a Monday and I had buried my grandmother the past Friday. It is not often where you have disappeared from the industry so long, and when you come back with such a show with an amazing cast and exciting role. I was starting to miss the industry and felt like something was missing in me. You know once an actor always an actor.

“Early last year, I wrote on Twitter that I will return to TV acting in 2020 and then I did even know that it was going to happen. In these six years, I did  get some small role in The River and Mina Nawe, which was work that was able to accommodate my work schedule. Before I could come back I wanted to settle in the new company before I could search for a bigger role on television.”

Speaking about her role as Sibongile, the heartless woman who shocked viewers when she stole a child to replace the one she lost in an accident, she defines Sibongile as a strong woman who almost takes the role of the man in her marriage. Masasa Mbangeni plays the abducted child’s distraught mother.

“I’m very excited to be playing Sibongile. There are a few things which might not seem normal about her, but at her core, she’s just a woman fighting for her family. People might view her actions as insanity but she is fighting and protecting her family. The question is how far would you go to protect your loved ones?”

Ngubeni believes that Mzali Wami is a powerful story as it speaks about what is happening in the country where a lot of children are being abducted.

The experienced actor is excited to be part of a story about women that is told through women’s eyes by women themselves. She says for the longest time stories about women’s issues were told by men. Umzali Wam boasts a group of powerful women like Mbangeni, Dineo Ranaka and Lungelo Mpangase.

“I’m loving that this is a story that mirrors what is now happening. We need to use this opportunity to tell such stories. Umzali Wam highlights the true challenges of women in our patriarchal societies. If you cannot bear children you are not a woman enough and when you bear girls, not boys, you are still not woman enough. For centuries women couldn’t question things and [had to] just accept the situation. But it also looks at how women themselves perpetuate patriarchy because girls are taught how to treat a man at a young age by women,” she says.