The concept of mashavi spirits in African traditional religious ontology has been a controversial and misunderstood concept. This is because Africans believe in, recognize and accept the fact that spirits exist, who may use material objects as temporary residences and manifestations of their presence and actions through natural objects and phenomena as postulated by Idowu (1973:173) 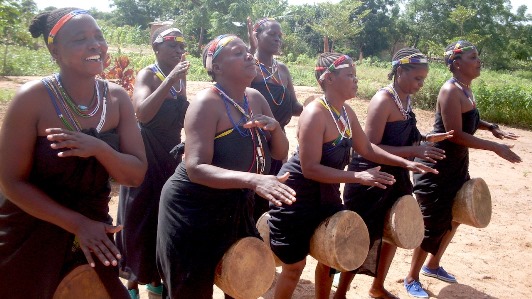 Alien spirits are spirits of people who died far away from home. So, the spirits find hosts to possess. The origin of the term shavi derives from kushava (hunting) which is a traditional practice which occurred in the forest away from home. People who died in the forest then possess people in any family. We can note it that an Alien spirit can either destroy or protect.

Mashavi spirits are crucial in the African society in creating a self-sufficient society as they help in nurturing talents from different people. As stated in earlier discussions, many ‘mashavi’ spirits follow the ‘mudzimu’ of a deceased person. ‘Zvipunha’ are mashavi spirits that follow the ‘mudzimu’.. There are skilled dancers who use mashavi and provide entertainment with audiences sometimes throwing in money as gifts and inducements for more entertainment. 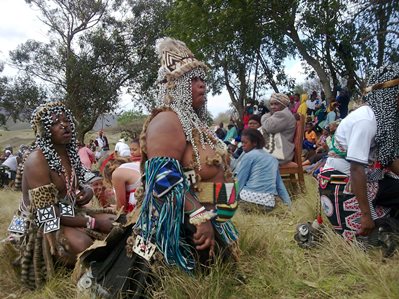 Societies will organise special occasions where beer will be brewed and they invite many to take part in song and dance. Mashavi spirits called ‘zvipenzi’ (meaning fools) make people laugh as they run around, climb and frolic about. Different shavi spirits may possess the medium, each displaying unique entertainment attributes.‘Magadairwa’ are mashavi spirits that love dancing. They include many of Nguni origin such as ‘machomani’. Again they all come courtesy of the ‘mudzimu’ spirit that possesses a particular individual. Therefore, mashave are income generating devices, as those possessed by them can entertain people through song and dance for money.

Other mashavi spirits ignite the desire to work hard in life of those to whom they possess. For instance, Zvidzimba are mashavi spirits of animal origin that ignite workaholic behavior. ‘Dzimba’ is the ant-bear (gwiba in Shona). The ‘dzimba/gwiba’ is a very tough animal, a great digger and fighter, who hunts at night. This ‘shavi’ does not come out to possess and speak through the medium. Instead, the characteristics observed in the person’s behaviour possessed: skilled fighter, hunter, and physical worker.

Another mashavi spirit whose presence comes through the work habits of the possessed is the ‘zenda’. The zenda is a worm that bores through wood until it breaks the whole log down. The person (man or woman) possessed by a ‘zenda’ spirit is a workaholic, always busy sweeping, cleaning, working in the field, chopping firewood and so on. This is the person who works without supervision, the self-starter who identifies extra tasks beyond those specified in the work schedule. 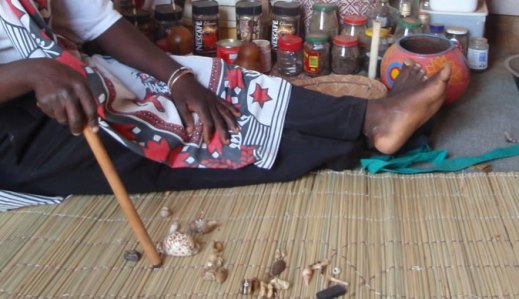 Many hard-working people are possessed by ‘mazenda’ shavi spirits. In his book Mhuriye Zimbabwe, Munhumutema also distinguishes good and bad ‘shavi’ spirits. Most of those we have discussed so far can be described as ‘good shavi’ spirits. They enhance people’s capacity to carry out many useful tasks with extra-ordinary dexterity, speed, skill, wisdom and expertise.

In addition, there are ‘shavi’ spirits that have exceptional skills in playing musical instruments, dancing and singing, weaving and basketry, building, carpentry, pottery, even public speaking. A wide range of social and work skills among Africans are influenced by ‘mashavi’. It is important to understand that only some ‘shavi’ spirits actually come out to possess their medium and speak out. The majority only influence the actions of the possessed. Thus, there is an indelible link between mashavi and enterprise.

In conclusion, it can be noted beyond any reasonable doubt that mashavi can be used in business ventures. They form the core of Africanism and nothing will ever separate them from Africans.

The  Shona Religion: A summary

Religion: The Shona religion is a blend of monotheism and veneration of ancestors. The creator god, Mwari, is omnipotent but also remote; ancestors and other spirits serve as intermediaries between Mwari and the people.

At the top of the spirit hierarchy are the mhondoro, spirits of dead clan founders and kings who watch over entire clans, regions, or the Shona people as a whole. Kaguvi and Nehanda, who incited the Shona to join the anti-colonial rebellion depicted in The Convert, were the mediums of powerful mhondoro.

The vadzimu (singular mudzimu) are the ancestors of specific families, and they continue to exist as long as they have living descendants to remember and honor them. A recently deceased person’s spirit does not become a mudzimu until the kurova guva ceremony, usually held one year after the death, at which the living relatives invite the spirit to return to the family and watch over them as an ancestor. Those who die childless or very young cannot become vadzimu because they have no direct descendants. Instead, they become wandering spirits called mashavi spirits.

These spirits communicate with humans through spiritual mediums called svikiro. Each medium can become possessed by one specific spirit and takes on the authority and social role of that spirit. For example, the Shona kings (mambo) were traditionally considered to be mediums of Mwari himself.

N`anga: Another important aspect of Shona culture are the n’anga, medicine men (and women) or “witchdoctors.” Their healing methods include spiritual guidance as well as traditional herbal medicine (muti), since in the traditional Shona worldview many physical ailments have spiritual causes. A n’anga may consult the ancestral spirits to determine whether a taboo has been violated or a ritual omitted, and then advise his or her patient on how to appease the spirits.

The Shona today: The Shona still make up the majority of Zimbabwe’s population. Many of the traditions described above have been integrated into modern, Westernized culture. Instead of cattle, grooms may give their future in-laws gifts of housewares, clothing, and cash; n`angascontinue to practice, but may also refer patients to hospitals when necessary; and many Zimbabweans practice some blend of both Christianity and traditional spiritual beliefs.

6 Identify the different types of covenants in Judaism. [25]
7 Discuss the evidence that prophecy in Israel was a borrowed phenomenon.
What is your society borrowing from other countries? [25]
8 Examine the role played by women in Israel. Show how women participate in nation building today. [25]
9 Analyse the importance of miracles in Ancient Israel and Zimbabwe. [25]
10 Discuss the importance of Jeremiah’s letter to the exiles. Show how
Zimbabweans in the diaspora contribute to the development of their society. [25]

For other academic resources you can visit Zimsec website

Watch Video: Blow for Shepherd Bushiri as he loses bid to refer extradition case to the Constitutional court

Prophet Embarrassed By Baby Mama During Wedding To Pregnant Fiance

Discuss the attributes of God (the Supreme Being) in Indigenous Religion. [25]

1 thought on “Mashavi spirits can be used for enterprise in African Religion. Discuss”

4 months ago Merito
We use cookies to ensure that we give you the best experience on our website. If you continue to use this site we will assume that you are happy with it.Ok