His resignation is with immediate effect.

The disgraced former VP’s world crumbled spectacularly when audio recordings of him inviting some married women for unprotected sex in his office and hotels went viral on social media last week.

In his letter of resignation, Mohadi said the decision was spurred by the need for him to “deal with my problems outside the governance chair”.

“I have been going through a soul searching pilgrimage and realized that I need the space to deal with my problems outside the governance chair.

“I have arrived at this decision not as a matter of cowardice but as a sign of demonstrating great respect to the office of the President so that it is not compromised or caricatured by actions that are linked to my challenges as an individual,” said Mohadi.

The ex-VP repeated claims he was a victim of social media distortions, voice cloning and political sabotage.

He continued, “Hard as it may be to my family, friends, comrades and cadres of my Party Zanu PF, I am taking the decision to step down as Vice President of Zimbabwe, to save the image of my government.

“My decision to relinquish the Vice President post is also a way of respecting the citizens of this Great Nation, and my Part Comrades, some of whom have been affected by the falsehoods and character assassination in the digital ecosystems.”

Mohadi is the first top government official in years to be forced to resign after a sex scandal.

Although rare, other resignations from government have been inspired by corruption. 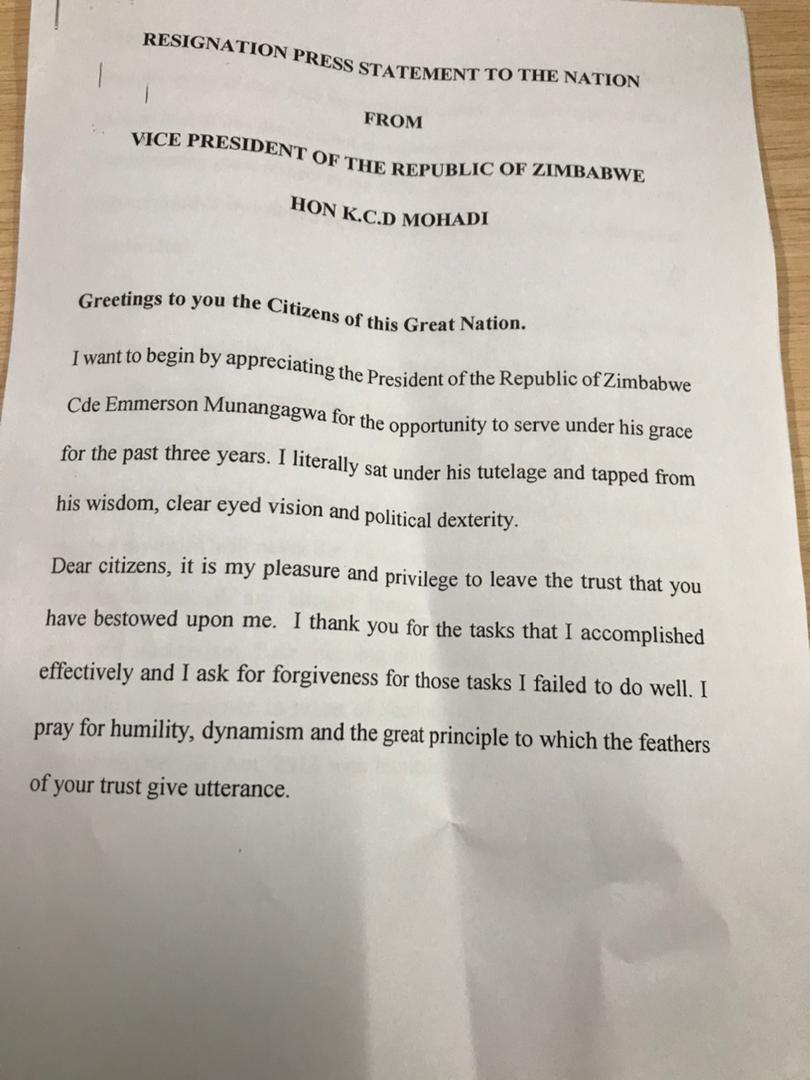 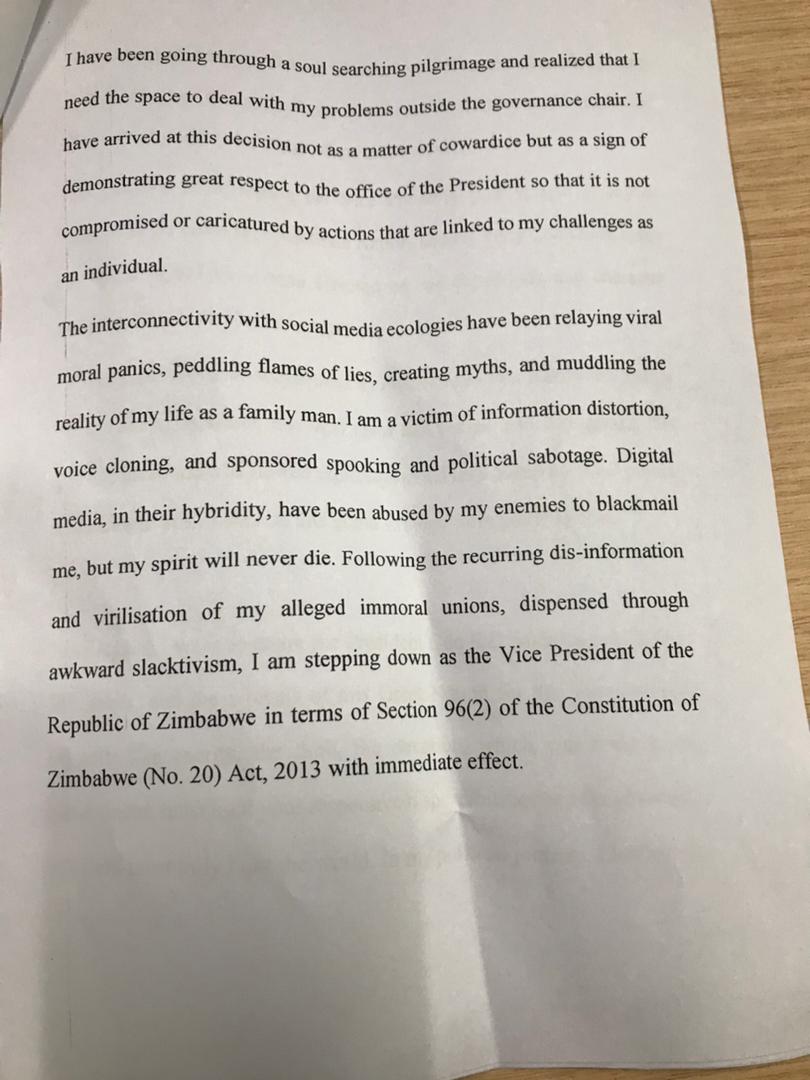 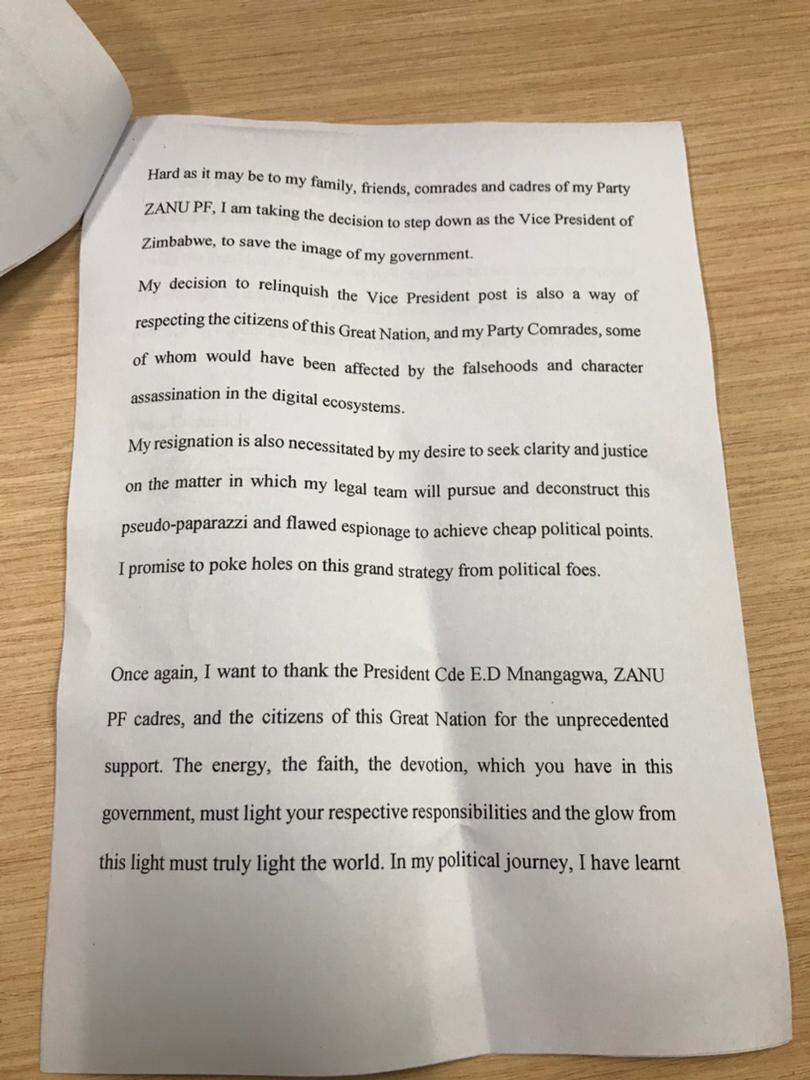