Tanzanian President John Magufuli has died, the country’s vice president announced, after weeks of uncertainty over his health and whereabouts.

In a televised address to the nation late on Wednesday, Vice President Samia Suluhu Hassan said the 61-year-old president had died of a “heart condition”, which he had suffered for 10 years at a hospital in Dar-Es-Salaam.

Magufuli had first been briefly admitted to the Jakaya Kikwete Cardiac Institute on March 6, but was subsequently discharged, Hassan said on state television. But he was rushed to hospital again on March 14 after feeling unwell.

After the death was announced, opposition leader Zitto Kabwe said he had spoken to Hassan to offer condolences for Magufuli’s death.

“The nation will remember him for his contribution to the development of our country,” Kabwe said in a statement published on Twitter.

According to Tanzania’s Constitution, Hassan, 61, should assume the presidency for the remainder of the five-year term that Magufuli began serving last year after winning a second term.

A vocal COVID-19 sceptic, Magufuli had last appeared in public on February 27 and top government officials had denied that he was in ill health, even as speculation swirled online that he was sick and possibly incapacitated from the disease.

Magufuli had long downplayed the severity of COVID-19, urging Tanzanians to pray, use steam inhalation and embrace local remedies to protect themselves from the respiratory disease.

Tanzania stopped releasing infection numbers in April 2020, weeks before Magufuli declared in June that the country was coronavirus-free due to divine intervention.

He refused to wear a face-mask or take lockdown measures. But a week before he was last seen, Magufuli conceded the virus was still circulating, after the vice president of semi-autonomous Zanzibar was revealed to have died of COVID-19.

Nicknamed the “Bulldozer”, Magufuli was elected in 2015 on promises to tackle corruption and boost infrastructure development. He won a second term in a disputed poll last year.

However, his government has been accused by rights groups of stifling democracy and cracking down on the media.

Critics accused Magufuli that his dismissal of the threat from COVID-19, as well as his refusal to lock down the country, may have contributed to many unknown deaths.

Opposition party says it knows ‘for sure the president is ill’, even as government calls on citizens to ignore rumours. 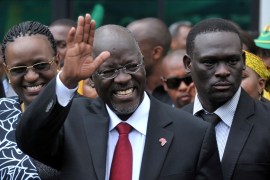 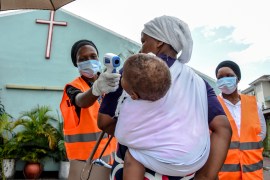 Tanzania COVID U-turn ‘a good move’ – but is it good enough? 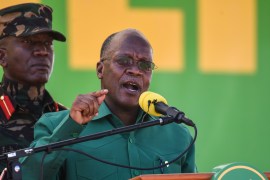 President John Magufuli has not been seen in public for about two weeks, raising suspicion he is receiving medical care.

‘What we were afraid of’: Asian American women condemn attacks

Biden: Putin is a ‘killer’, Russia to ‘pay’ for election meddling

How Portugal silenced ‘centuries of violence and trauma’

Watch Video : 2 other pilots die in another helicopter crash: Video